One Week to Wed
One Stolen Night…leads to unexpected wedding vows!
Widowed Lady Charlotte Gregory believes she’ll never love again after losing her husband, until meeting dashing Lord Andrew Pearce brings her respectable, lonely world back to vibrant life! Left alone one night, they give in to their desires only to find their secret passion leads to shock, scandal…and a sudden marriage of convenience.
Purchase Links
Amazon
B&N
Google Play
iBooks
Kobo 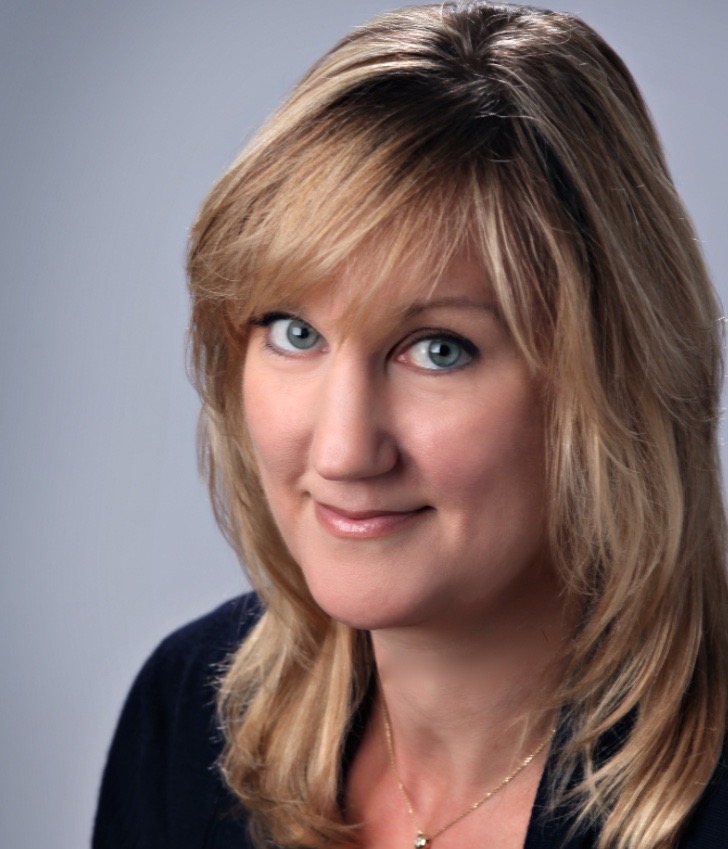 Author Bio –
Laurie Benson is an award-winning author who writes flirty and frisky Regency romance novels. She began her writing career as an advertising copywriter, where she learned more than you could ever want to know about hot dogs and credit score reports. Her novel An Unexpected Countess was voted Harlequin’s 2017 Hero of the Year by readers.

When she isn’t at her laptop avoiding laundry, Laurie can be found browsing antique shops, going on ridiculously long hikes, or sitting in her car on the school pickup line. She lives with her husband and two sons in a house filled with testosterone—even her bunny is a boy.

Giveaway – Win a signed copy of One Week To Wed (Open Internationally)
*Terms and Conditions –Worldwide entries welcome. Please enter using the Rafflecopter box below. The winner will be selected at random via Rafflecopter from all valid entries and will be notified by Twitter and/or email. If no response is received within 7 days then I reserve the right to select an alternative winner. Open to all entrants aged 18 or over. Any personal data given as part of the competition entry is used for this purpose only and will not be shared with third parties, with the exception of the winners’ information. This will passed to the giveaway organizer and used only for fulfilment of the prize, after which time I will delete the data. I am not responsible for dispatch or delivery of the prize.

One Week to Wed by Laurie Benson
Tracy’s rating: 4.5 of 5 stars

If you have ever read my reviews, you know I am not a fan of leads that have been in love before – rarely do I finish a book and believe that the hero/heroine who had previously been in love, have gotten over their first love and truly, madly, deeply love the “new love”. Well, I am happy to say, this book exceeded all my expectations and ended with me honestly believing that Charlotte loved Andrew with all her heart.

Lady Charlotte Gregory is a widow, her beloved Jonathan died four years ago at Waterloo and she is content to remain a widow forever. She honestly believes that love only happens once and that her heart died with Jonathan. So she is more than a little surprised to be attracted to Lord Andrew who she meets while visiting friends.

Andrew is just as taken with her, but he works as an agent for the crown (on a forced holiday by his brother and boss) and believes that he can never have a wife or family and Charlotte is a respectable widow, not someone to dally with and leave. But when they meet again days later at a village fair and spend time together, they both give into their mutual attraction. Andrew is shaken to his core by his feelings for her and bolts. He returns to London and tries to forget her.

Charlotte comes to London to visit her sister, Elizabeth “Lizzy” the widowed Duchess of Skeffington and while out shopping, run into Andrew. To her horror, she realizes Andrew is the man her sister Lizzy has set her sights on! Andrew is equally surprised, he has no interest in Lizzy and has avoided her like the plague, but when he sees Charlotte with her, he can’t stop himself from approaching them. Charlotte seems angry and he regrets leaving without saying goodbye. When they leave, Charlotte feels ill and is waspish with Lizzy, angry at Andrew for leaving her without a word and at Lizzy for never telling her the name of the man she has “loved/wanted” since she was 17. She goes to rest and is awaken by her youngest sister Juliet, she feels out of sorts and when Juliet mentions the tea always makes her feel better during her time of the month – Charlotte has a shocking realization – she is pregnant. She was married for 10 years and never conceived, so she was sure that she was barren, especially when Lizzy never conceived either. Juliet is supportive and says she must tell Lizzy.

Lizzy is furious and kicks her out of her house and refuses to speak to her. She doesn’t fare much better with Andrew, he is also angry and feels like she deliberately deceived him. But he does the honorable thing and asks her to marry him. He says they will live separate lives and doesn’t tell her about his work for the crown.

They marry, and he plans to leave after a few weeks. But married life suits them and he can’t seem to walk away. But all that changes a couple of weeks later when Lizzy finally comes for a visit and Charlotte swears she doesn’t love Andrew and that the child she is carrying should have been Jonathan’s. Andrew overhears and she sees him, but makes no move to explain. Andrew realizes that he loves her and she will never love him, he can’t live that way and tells her it is time for them to part.

She doesn’t understand why her heart is so heavy, but she misses Andrew and wishes she could make things right between them. Weeks pass before they meet again in Manchester – she is with her friends the Knightly’s attending a meeting at St. Peter’s field when all hell breaks loose. The crowd shifts and she sees Andrew! Andrew can’t believe his pregnant wife is at the meeting! His brother sent him here on a mission, but he had planned to avoid her – seeing her hurts too much. But when he is injured, he has no choice but to return home with her.

She finally realizes that she loves Andrew and tries to convince him to stay – but when he throws back her words spoken to Lizzy at her – she knows that she will have to put aside her fears and fight for the man she has come to love with all her heart.

This was a great book, it is well written, steamy-ish, emotional and heart breaking – I thought Charlotte’s refusal to believe that she could love again was dragged out a little too long and I wanted to smack Andrew’s brother Gabriel – but other than that, I wouldn’t change anything about this book and am looking forward to Lizzy & Juliet’s stories!