Life as a duchess…
Or something much more dangerous…?
Part of The King’s Elite. Constantly told her beauty and charm is all she has to offer, Lady Clarissa is intent on marrying a duke. And intriguing spy Sebastian Leatham will help her! Only first she’ll assist him with his new assignment—playing the part of confident aristocrat Lord Millcroft. Sebastian awakens a burning desire within Clarissa which leaves her questioning whether becoming a duchess is what she truly longs for… 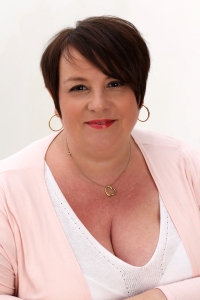 Virginia Heath lives on the outskirts of London with her understanding husband and two, less understanding, teenagers. After spending years teaching history, she decided to follow her dream of writing for Harlequin. Now she spends her days happily writing regency romances, creating heroes that she falls in love with and heroines who inspire her. When she isn’t doing that, Virginia likes to travel to far off places, shop for things that she doesn’t need or read romances written by other people.
Social Media Links:  Facebook – Twitter – Website

Giveaway – Win 3 x E-copies of The Mysterious Lord Millcroft (Open Internationally)
*Terms and Conditions –Worldwide entries welcome. Please enter using the Rafflecopter box below. The winner will be selected at random via Rafflecopter from all valid entries and will be notified by Twitter and/or email. If no response is received within 7 days then I reserve the right to select an alternative winner. Open to all entrants aged 18 or over. Any personal data given as part of the competition entry is used for this purpose only and will not be shared with third parties, with the exception of the winners’ information. This will passed to the giveaway organiser and used only for fulfilment of the prize, after which time I will delete the data. I am not responsible for despatch or delivery of the prize.

What a great start to a new series!

Sebastian “Seb” Leatham is a spy tasked with bringing down a dangerous smuggling ring, but at the moment, he is recovering from a near fatal gunshot wound he sustained saving Felicity Blunt in the book A Warriner to Seduce Her. He is currently under the care of Joe and Beth Warriner and chomping at the bit to get back to his mission.

Lady Clarissa Beaumont arrives at her sister Beth’s house unannounced, she needed to get away from the gossips in London and regroup. Clarissa is an “Incomparable” and has been courted for the last two years by the Duke of Westbridge, but lately the duke has begun showing interest in a younger woman and Clarissa is terrified of losing him. She doesn’t love him, in fact she doesn’t even really like him, but as a duchess she will have security and no one will ever have to learn her shameful secret. When she meet Seb, she is surprised by her immediate attraction to him. He is gruff and rude, but she wants him. After a late night meeting with a very drunk Seb, she rushes back to London.

Weeks later, Seb is finally recovered and called to London. He is given a new assignment, he will infiltrate the ton as Lord Millcroft, a sinfully rich, unscrupulous man looking for an investment. He is told to befriend their prime suspect in the smuggling ring – Viscount Penhurst. Seb is not a member of the ton and is painfully shy around women, he sees disaster written all over this mission. That fear is amplified when at his first ton event, he sees Clarissa.

Clarissa wants answers, why is Seb here pretending to be a Lord?? He dances with her and explains what is going on, she is excited and offers to help him and in turn, he will help her make the duke jealous and finally bring him up to scratch! Seb agrees, but secretly wants Gem (his pet name for Clarissa) for himself. Will Clarissa win her duke or will the spy steal her heart?

This was a very well written, fast paced story with action, intrigue, romance, a bit of steam, some amusing moments and a wonderfully exciting ending! I loved the book and am happy to recommend it! This is the first book in a new series, with some cameos from characters from the previous Warriner series.