Daughter of a slave…wedded to the warrior!
Livia Valeria is furious when she’s ruthlessly gambled away by her intended bridegroom. Luckily, it’s tall, muscled and darkly handsome Roman centurion Marius Varro who wins her as his bride! Livia must hide her Caledonian roots, but when Marius faces a barbarian rebellion at Hadrian’s Wall she must make a choice: her heritage or the husband she’s falling for… 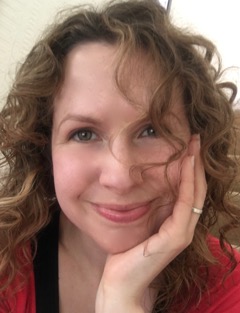 Jenni Fletcher was born on the north coast of Scotland and now lives in Yorkshire, where she writes Medieval, Roman and Victorian romance novels.
She studied English at Cambridge University before doing an MA on Women and Literature in English and a PhD on Victorian & Edwardian literature at Hull. After realising that she was better at writing than teaching, she worked in a number of administrative jobs whilst trying to finish her first book, which was rejected. Thinking there must have been some mistake, she then wrote another, which was fortunately accepted by Harlequin Mills & Boon.
Her favourite Jane Austen novel is Persuasion and her favourite Brontë is Anne. If she had to choose a romantic hero it would be John Thornton, but maybe that’s just because she’s Northern.

Win 1 x Signed US Copy of The Warrior’s Bride Prize (Open Internationally)
*Terms and Conditions –Worldwide entries welcome. Please enter using the Rafflecopter box below. The winner will be selected at random via Rafflecopter from all valid entries and will be notified by Twitter and/or email. If no response is received within 7 days then I reserve the right to select an alternative winner. Open to all entrants aged 18 or over. Any personal data given as part of the competition entry is used for this purpose only and will not be shared with third parties, with the exception of the winners’ information. This will passed to the giveaway organizer and used only for fulfilment of the prize, after which time I will delete the data. I am not responsible for dispatch or delivery of the prize.

Livia Valeria is heading north with her daughter to marry the man her half brother Tarquinius has selected for her. Livia has no choice but to comply, her late husband disinherited her and their daughter, leaving her at her cruel half brother’s mercy. As angry as she is at the injustice, she also has hope – she will finally get to see Hadrian’s wall and the land of her mother’s birth, Caledonia.

She meets Marius Varro on the road north – at first she thinks he is her intended and is attracted to him, but soon learns her mistake. Marius is stunned by her wild beauty and feels oddly protective of her and her daughter. When she finally meets her groom, she is dismayed, Lucius Scaevola is hateful and insults her. Lucius didn’t want to marry her, him amassed a huge debt which Tarquinius acquired and used to force him to marry. Marius wishes he could help her, but he is but a soldier and Lucius is his superior.

When Lucius offers Livia as the prize for a wager, Marius doesn’t hesitate and wins her. They marry, they travel to the border and Livia finally gets to see Caledonia, things seem to be progressing between them, but they both have secrets that will threaten their HEA.

I thought this was a fascinating journey into Ancient Britainna, Marius and Livia are both wonderful albeit misguided characters, they both have secrets and will have to learn to trust one another before they can find their HEA. The heat level is low, but very well done, there is a bit of action, a bit of heartache and very subtle, yet extremely interesting historical tidbits throughout the book. Personally, I would have liked the ending to be drawn out a little more or at least an epilogue as I felt the book ended a little abruptly and tied everything up too easily. Nevertheless, I enjoyed the story and would be happy to recommend it!