What happens when a resentful man is determined to win the favor of the one you love?

For years Atol Livia has desired only one thing—to move north, far from the corruption of his father’s business, and start a life with the woman he loves. That is if Anna Jenel can look past his poverty and will agree to marry him. When Anna informs him that she gave her heart to him long ago, never once caring about any wealth he might have, he’s elated. But their plans are delayed when Atol’s father is found murdered. Once Atol has finally settled his obligations and is able to leave town, he goes to collect Anna but discovers that she is gone.

Anna doesn’t understand why her father whisked her away in the middle of the night to travel north. When they arrive, she finds a fully operational cattle station, and an associate of her father’s willing to do anything to gain possession of it—even marry her.

When Atol arrives up north, all he can think of is being reunited with Anna. But he soon discovers that the man who murdered his father now has his eyes set on Anna and will do whatever is necessary in order to have her as his wife. This man is determined to gain possession of Anna’s cattle station and the orange sapphires hidden there.

Will Atol and Anna be able to protect each other from a murderer, or will they fall victim to the envy of this man and lose each other forever? 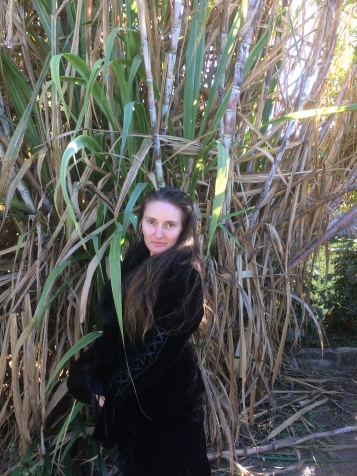 Faye Hall spent her early years listening to stories about the families – including her own – who settled townships in and around her hometown in North Queensland, Australia. The local townspeople, including her own parents, told her stories of corruption and slavery, along with family secrets and forbidden love.

Desperate to remember what she’d been told, along with her already growing love of writing, Faye began to write about the history of her local area. Never could she have imagined the history of her small home town in Australia would become a growing list of published books.

Faye’s passionate stories combine controversial subjects and provocative encounters as her characters struggle to survive the lifestyle in early rural townships throughout Australia. She explores slavery and abortion, drug addiction and murder, as well as forbidden love and passionate affairs of the heart.

When she’s not writing, Faye enjoys sharing a bottle of wine with her husband in their ever-growing garden, and encouraging the varied interests of their combined family of nine children.