Imprisoned by her past- Set free by her enemy!
Charged with high treason, Lady Jessamine Fane is under the watchful eye of icily calm Peter, Lord Flint. It’s a task this spy won’t be swayed from, no matter how alluring his prisoner! Only it’s not long before Flint realises that tenacious Jess hides a lifetime of pain. With so much at stake, can he afford to take a chance on their powerful attraction? 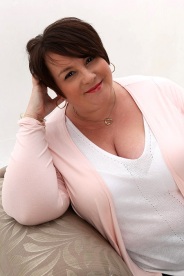 When Virginia Heath was a little girl it took her ages to fall asleep, so she made up stories in her head to help pass the time while she was staring at the ceiling. As she got older, the stories became more complicated, sometimes taking weeks to get to the happy ending. Then one day, she decided to embrace the insomnia and start writing them down. Despite that, it still takes her forever to fall asleep.
Social Media Links: Facebook ~ Twitter

Win 2 x e-copies of The Uncompromising Lord Flint (Open INT)
*Terms and Conditions –Worldwide entries welcome. Please enter using the Rafflecopter box below. The winner will be selected at random via Rafflecopter from all valid entries and will be notified by Twitter and/or email. If no response is received within 7 days then I reserve the right to select an alternative winner. Open to all entrants aged 18 or over. Any personal data given as part of the competition entry is used for this purpose only and will not be shared with third parties, with the exception of the winners’ information. This will be passed to the giveaway organiser and used only for fulfilment of the prize, after which time I will delete the data. I am not responsible for dispatch or delivery of the prize.
a Rafflecopter giveaway

Lady Jessamine “Jess” Fane has been captured and is being taken to London to face charges of treason. Her capture is a break for the King’s Elite who have been investigating the smuggling ring she is purported to be part of, she has been placed into the custody of one of the Elite’s best agents, Peter, Baron Flint.

Peter is immediately attracted to Jess, but a sad past history with female prisoners puts him on high alert from the start. He doesn’t want to feel sorry for her, he just wants to get her to London and be done with her. But Jess is not going to make it easy, she fights tooth and nail against incarceration and manages to escape more than once. She doesn’t trust anyone and has a very sad and horrifying past of her own. But Peter is the first person she can ever remember being kind to her. She has to decide if she can trust him with her secrets or should she hold her information close in case her mother’s lover Comte Saint-Aubin finds her. She is torn, she wants to make amends by revealing her knowledge to Peter, but knows that Saint-Aubin will track her to the ends of the earth and that she will never survive his “punishment”.

Things take a turn when Jess reveals that Saint-Aubin is following them, Peter feels protective of her and changes the plan. Instead of London, he takes her to his home and leaks false information to throw Saint-Aubin off their trail. Once in his home, Jess meets his mother and sisters (who provide much needed lightness to the story) and slowly Jess comes to trust Peter. And Peter decides to follow his heart to save the woman he realizes he loves. But despite the best laid plans, Saint-Aubin finds them and they will both have decisions to make, decisions that may ultimately cost them the chance for a HEA.

I really enjoyed this book, it is well written, flows nicely, has a lot of action, some witty banter, lots of secrets, a bit of “tomfoolery”, a cringe-worthy villain and wonderful secondary characters. My heart broke for the pain and suffering Jess endured and I fervently hoped she would get her HEA. The author is English and the spelling and turn of phrase might be a little confusing for American readers, but as my mother is English, nothing seemed out of the norm to me 🙂 There were a few phrases that were decidedly not Regency era and a couple of times when characters with titles were introduced incorrectly, but they were minor and didn’t impact the story. All in all, this was an amazing, emotional book and I would happily recommend it. It is the second book in the series, but it can absolutely be read as a stand-alone title with no problem at all.

One thought on “The Uncompromising Lord Flint by Virginia Heath #BlogTour, #Giveaway”